“Coach Crowell helps athletes win in and out of sports,” said Tina Syer, President of Positive Coaching Alliance. “By creating a positive, character-building youth sports experience and serving as a Double-Goal Coach, she helps youth develop into better athletes and better people.”

Over 40 years ago, Crowell saw a need for something to keep the youth of her community out of trouble and off the streets.  She founded the Lower Russell County Youth Club after approaching the school district about using various school gyms to give the kids somewhere to burn off energy and be part of a team.  As schools closed due to consolidation, she found new locations for practices, and she realized that there would only be 15 spots, for instance, on the varsity basketball team, leaving many more kids who had an interest in sports without an opportunity to play. At the same time, Crowell had a young daughter, Tiffiney, who also had nowhere to play softball or other sports and she knew Tiffiney would benefit from the formation of a youth club. 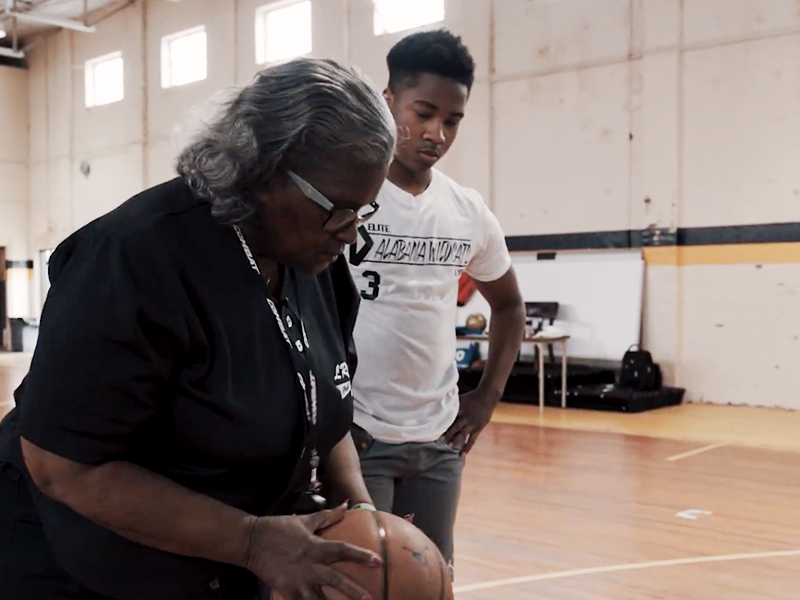 To provide context, the players on Charlean's teams live in a rural community setting in Russell County. Approximately 58,000 people live in all of Russell County with about 70% of the population residing in or near the upper portion of the county seat. The players on Crowell’s teams live in the lower portion of the county where there is one high school, one junior high school and four elementary schools for all school-age children. All the players have a long bus ride to and from school and can become unmotivated, isolated and develop low self-esteem because, in addition to being at a logistical disadvantage, their families also have incomes at or below the poverty level.

As shared by a reference for her nomination, Crowell “is nurturing in recognizing the fragile emotional state of her players. She does things to build up her players’ self-esteem and confidence on and off the court. She always highlights any improvement in her players, but she also identifies more room for growth.” The impact that she has had on the community cannot be overstated. “Charlean’s determination to be a positive pillar in our community is not only visible in sports but in every aspect of her commitment to making a difference. She expertly epitomizes what sacrificing personal gain means in order to assist others in achieving their goals.” 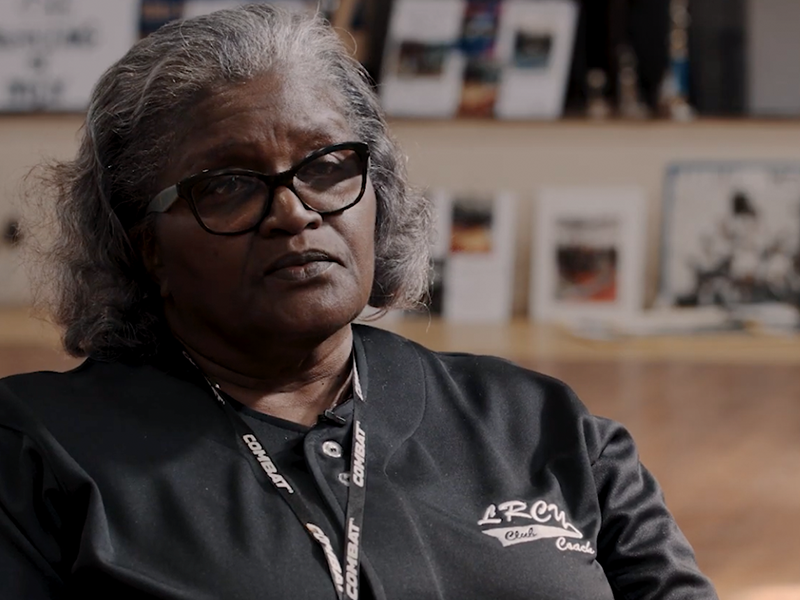 Her teams fundraise for Amateur Athletic Union (AAU) tournaments and equipment by hosting BBQ dinners, fish fries or car washes, and standing outside the doors of Walmart in a neighboring community to request donations. They borrow vans from the church, and Charlean and her husband, Thad, often help cover additional expenses for food, gas and hotel out of their own pocket. Often, her players come on a trip without money to pay for food and Charlean does not make an issue of it, instead quietly taking care of purchasing their meal and moving on without incident.

Along with the experience she has acquired over the years as founder, coach, recruiter, and fundraiser, she has spent countless hours watching tapes, videos, and reading books in order to make her teams successful. “Oftentimes she would be the only adult with 12 to 14 boys or girls walking into a gym or softball field filled with total strangers. There were looks of pity, amusement, concern, or surprise from the onlookers as she and her teams walked into the venues,” said a reference for her nomination.They didn’t have fancy uniforms, matching bags, assistant coaches or supplies, but Crowell had prepared her teams, through hard work, to be proud, confident, focused and determined to win. This “little-engine that could” team, went on to win the State Games of America in 2017- led by 70-year-old, Charlean Crowell!

Crowell fills the emotional tanks of her players by satisfying their emotional needs for certainty, love, connection, and growth. Her willingness to teach the whole child and build relationships with students beyond their participation on sports teams shines through as she advocates for their success in academics, at home and beyond.

PCA resources, which have reached more than 8.6 million youth, strive to transform high school and youth sports into a Development Zone® culture, where the goal is to develop Better Athletes, Better People and the following become the prevailing models in youth and high school sports: