Event Recap: 2017 Breakfast with the Indians 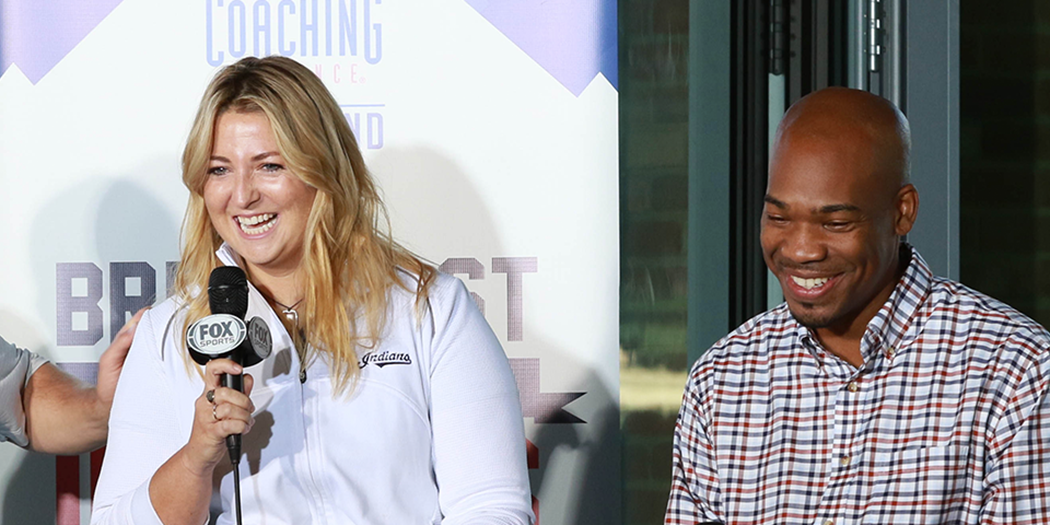 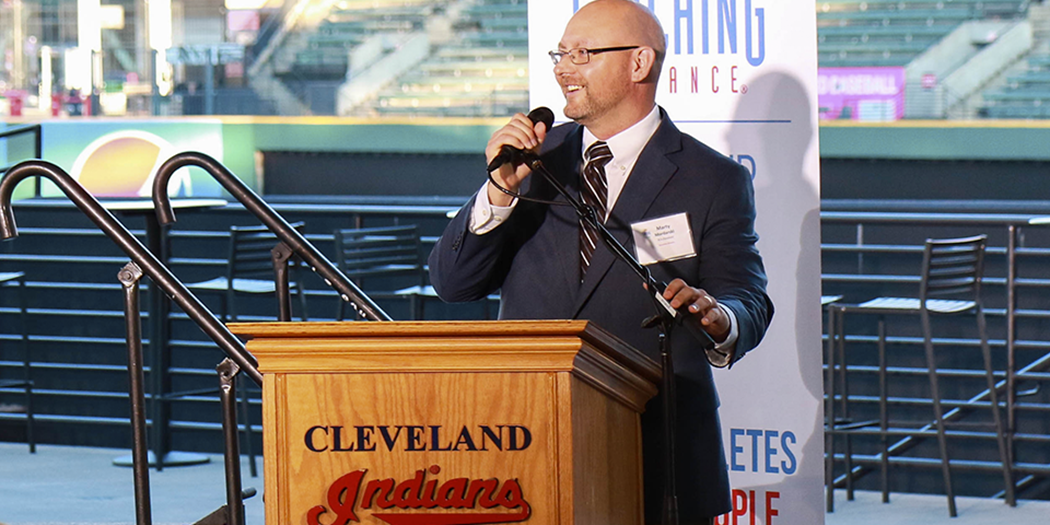 Over 100 youth and high school sports coaches, administrators, and athletic directors received coaching tips, insights, and a behind-the-scenes look into the Cleveland Indians player development system at the second annual Positive Coaching Alliance Breakfast with the Indians event at The Corner at Progressive Field on August 8, 2017. 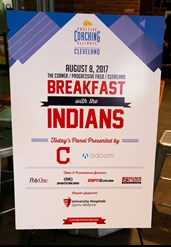 Failure IS an Option

A major theme of the panel discussion focused on how a cornerstone of the team’s approach to developing players throughout its minor league system is creating opportunities for players to fail, observing how they respond, and providing tools and support to help them bounce back quickly, learn from their mistakes, and improve.

In fact, Harris, who most recently served as a chief-of-staff for the Philadelphia Eagles in the NFL, at one point encouraged the coaches in the audience to actually seek out chances that allow the youth they coach to fail. The panel concurred, citing that youth coaches often think that the best way to build kids’ confidence is to shield them from failure. However, that approach may actually deprive them of opportunities to overcome challenges and mistakes and build even greater confidence. 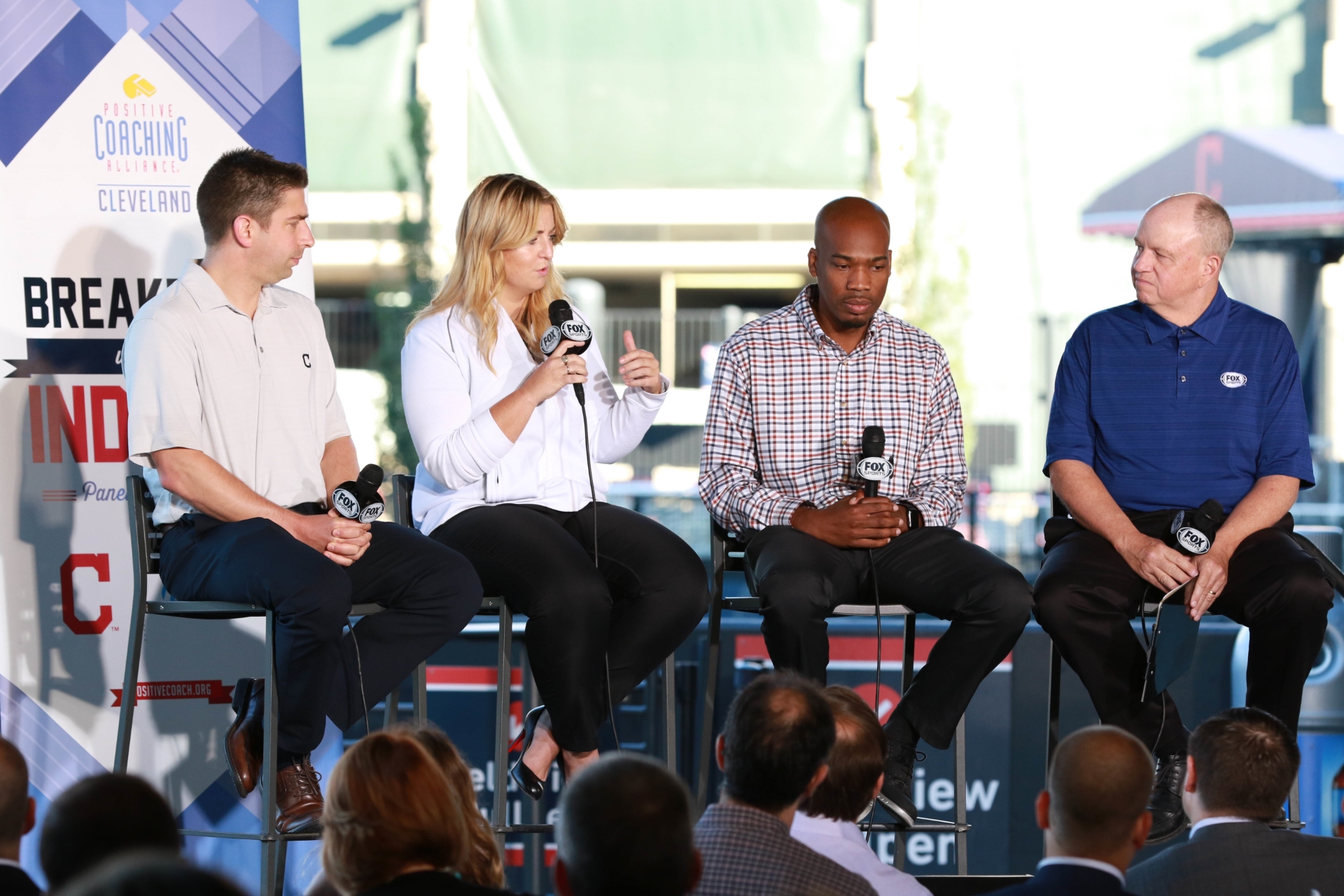 Clark, who prior to her work in baseball worked with US Army Special Forces, added that in the military, they don’t train soldiers under ideal conditions because those aren’t what they’re likely to face in the field. Drawing a parallel with youth sports, she explained how adding adversity and challenges to a player’s development plan is critical to helping him or her build skills to help them be more successful in the face of failure.

She also stressed the importance of coaches building strong relationships with their players and families to better understand how to motivate and support their players through their failures and struggles.

The value of sports as a vehicle to build important and meaningful relationships was another theme of the discussion, best highlighted by a story shared by Chernoff, who has continued to have a monthly game of catch with his father since he was just 6-years-old.

The panelists also encouraged the coaches in the audience to emulate coaches like Terry Francona who pride themselves on being lifelong learners always trying to improve. They also warned coaches to not fall into the trap of early or over-specialization. In fact, Harris shared that with some of their young prospects, they incorporate games involving Frisbees and footballs into their physical routines in order to help players (who may have only played baseball) develop better overall athleticism.

Local youth softball coach and president of the West Akron Baseball League, Mike Dies, also received the PCA-Cleveland Diamond Coach of the Year Award, presented by Adcom. The award recognizes an outstanding baseball or softball coach who inspires, leads and uplifts youth or high school student-athletes through positivity and mastery of the sport. They exemplify an uncommon commitment to create a positive culture that focuses on developing better athletes and better people.

While many youth recreational baseball and softball leagues have struggled to retain kids and families, WABL has actually increased the number of kids in its program year after year. This is in large part due to Mike’s leadership, and the way in which he and his board and coaches have proudly and loudly embraced their identity as a league with the goal of developing lasting relationships, memories, community – and developing the kids as athletes and baseball and softball players. 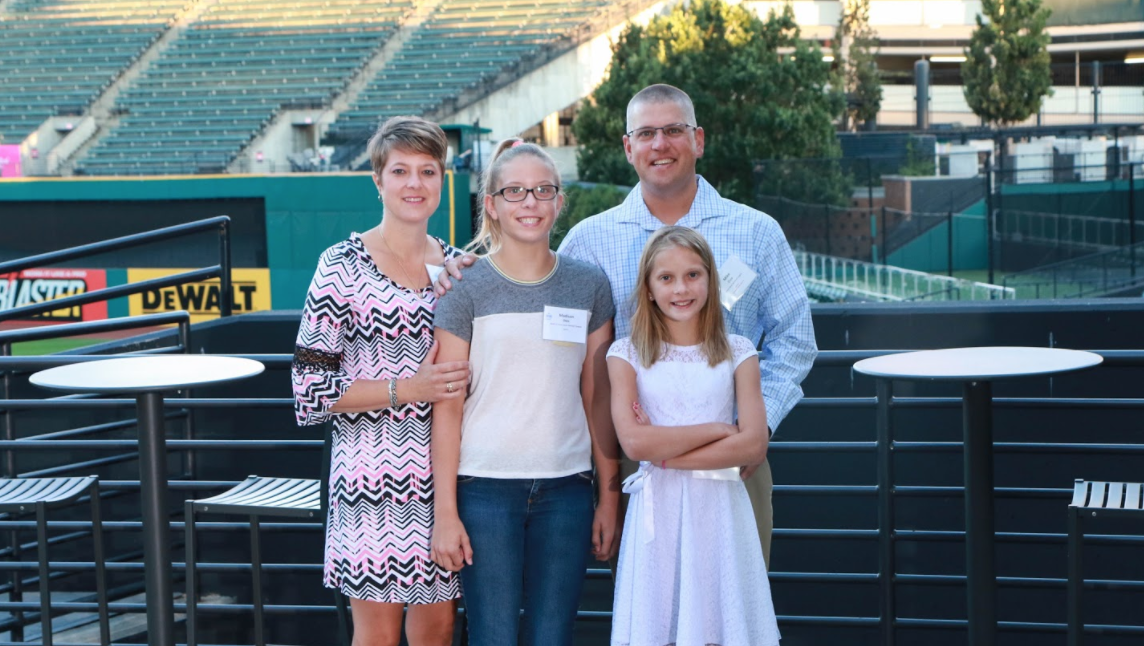 Mike and his team reinforced this identity even further this past year by mandating training for coaches, including training provided through a new partnership with PCA, to give coaches more tools to help develop and encourage their players, improve relationships with parents, and ensure that the quality of the experience for all kids in the league was even more positive and consistent.

Mike’s impact has been felt well beyond the playing fields in Akron throughout the community. In fact, Ken Babby, Owner of the Akron RubberDucks, PCA-Cleveland Chapter Board Member, and recent Ernst & Young Entrepreneur of the Year had this to say about Mike:

We join PCA in honoring Mike Dies for his amazing work with WABL.  Mike is a pillar of the Akron community and his commitment to providing great instruction, development and coaching to so many of our community’s youth is truly inspiring. His love for Akron and the WABL program is universally known.  We are lucky to have Mike in our community.

The event was one in a series of “Conversations with Coaches” hosted by the Cleveland Chapter of Positive Coaching Alliance that provide unprecedented access for local youth and high school sports coaches and parents to some of the best and brightest minds in Cleveland professional sports. Past events have features coaches and front office staff from the Cleveland Indians, Cleveland Cavaliers, and Cleveland Browns. 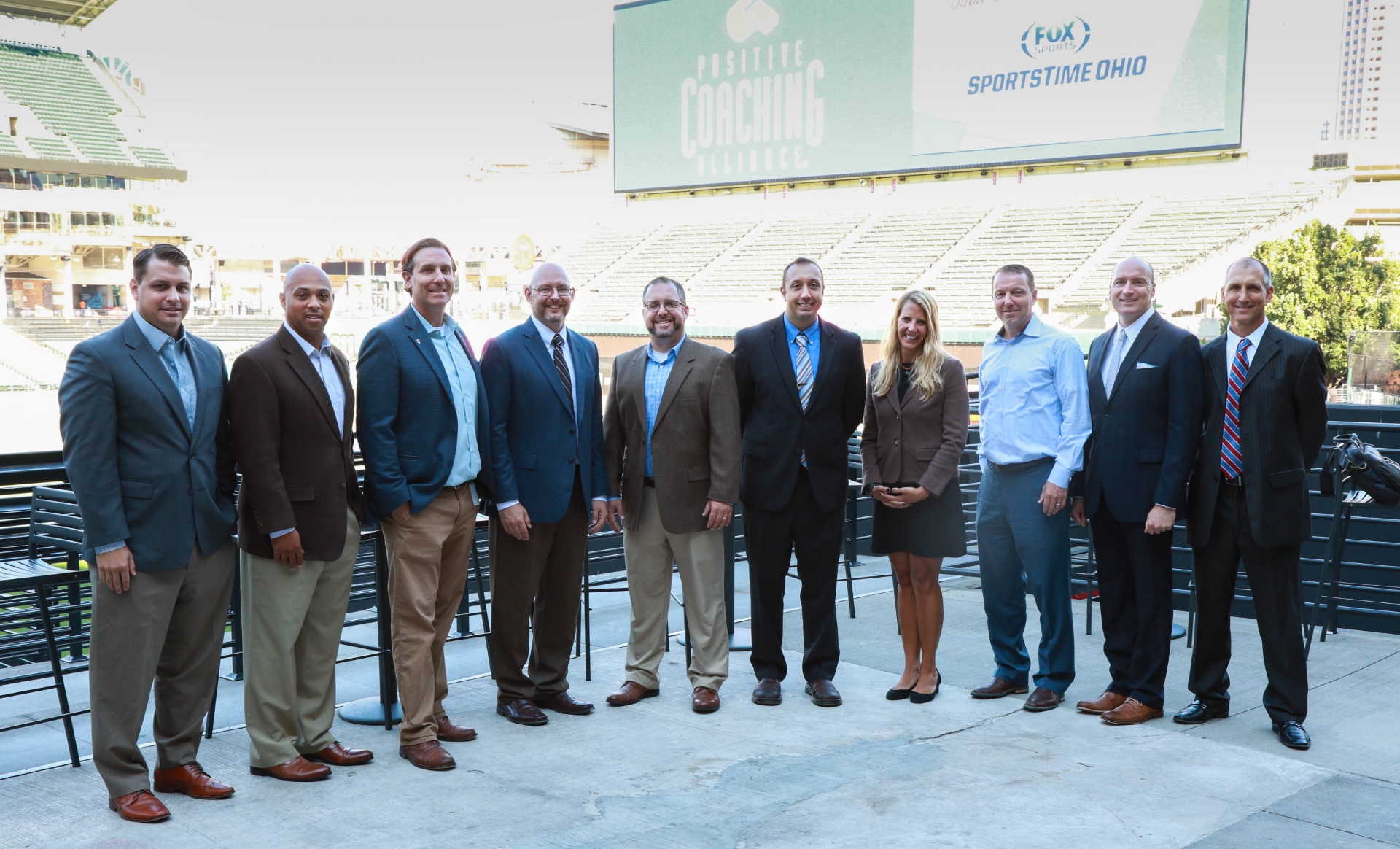 To view a photo gallery from the event