When Brian Kennedy took over as President of MYHA in 2013, he and the Board of Directors wanted to increase a focus in three main areas: coaching development, encourage growth of a strong organizational culture, and take board governance to a new level.

While they didn’t have all the answers right away, Brian and the Board thought that engaging an experienced partner from outside the organization would help to bring in fresh ideas to help with the next steps.“We knew we wanted to continue with a focus on providing a positive environment for our players as we worked on our three areas of focus,” said Brian.“Entering into a strategic partnership with Positive Coaching Alliance was a great fit.” Brian was already a certified Double-Goal Coach and knew that PCA principles would match perfectly with the type of environment MYHA was striving to take to the next level. The MYHA-PCA Partnership took a “systems approach” by engaging with all MYHA constituents including coaches, parents, and the leadership of the organization. 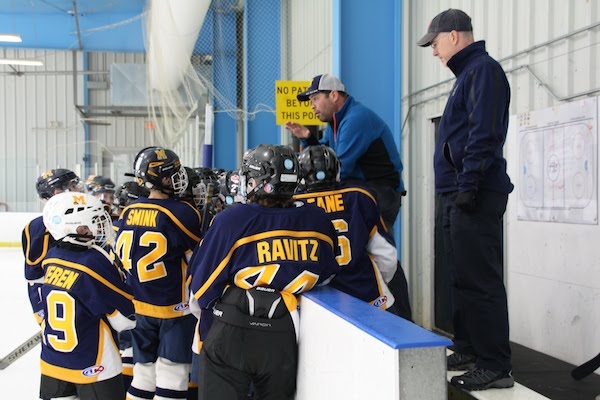 One of the more important workshops that was held in the first year of Partnership was “Leading Your Organization” in which all the Board Members worked with PCA Trainer, Eric Eisendrath, to better understand the core components of a positive youth sports culture and develop strategies and tactics that would help them reach their goals. One of the things produced in that workshop was the creation of new mission and vision statements for the organization that were aligned with MYHA’s goals of positive youth development through hockey.

Nearly six years later, Brian has passed the torch as President, but MYHA athletes and their families are reaping the rewards of a positive youth hockey culture. Sara Caldicott, an 8-year-old skater at MYHA, said she likes the support she gets from her teammates. At a recent girls’ tournament, she got hugs from her friends at the end of a winning game. Sara said, "It makes me feel confident." 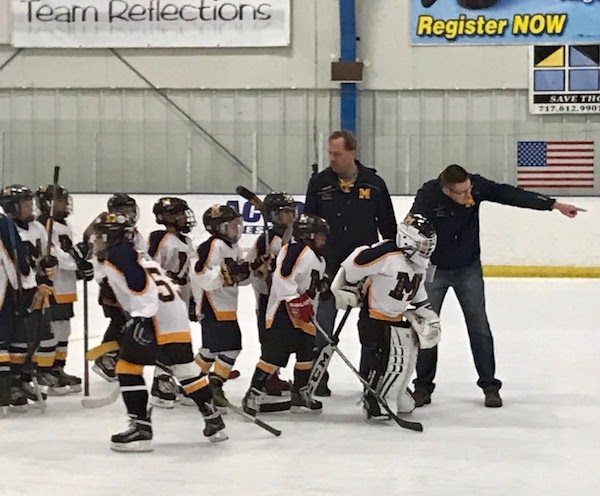 Livingston Cheng, MYHA coach/parent and PCA Mid-Atlantic Board member, also has seen the positive outcomes from the MYHA-PCA Partnership, "The hockey family is a strong bond between parents, coaches, and athletes unlike any other. Something about getting up at the crack of dawn on weekends and holidays to play a game in frigid temperatures, truly creates unique and lifelong friendships. PCA's partnership with MYHA brings athletes of all ages and skills to hockey, allowing them to prosper on the ice and grow in character away from it. They learn the importance of hard work, respect, and positive attitudes, and how critical these traits are for success on and off the ice."

But the MYHA Leadership will be the first to tell you that the work is never done. They continue to deliver the positive culture message through mandated PCA coach trainings and parent workshops, signage in the rink and on t-shirts provided to all House league athletes.

"Each year, we try to expand and vary our PCA offerings and to increase attendance at those offerings. We have been successful in each of these endeavors and expect that this success will continue to have a multiplier effect as PCA-trained coaches and parents model the way we operate at MYHA," said David Carney, current President of MYHA. Montgomery Youth Hockey Association will be a leader of youth sports organizations in Maryland, DC and Virginia. MYHA provides a fun, safe and properly supervised atmosphere that emphasizes skill development, mastery of ice hockey and sportsmanship.

MYHA accomplishes this mission by ensuring that all of our players, regardless of skill, gender, age or level of engagement have a positive environment in which to enjoy the game. Our volunteer coaches serve as positive role models who educate our players with sound, age-appropriate instruction.

Respect of the game, opponents, officials, teammates and self is the core of the MYHA organization. MYHA strives to build a strong community of players, coaches and families with the goal of developing the young athletes into the best athletes and people they can be.