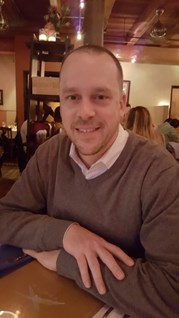 Schlunz is one of 50 national recipients of the Double-Goal Coach award, named for coaches who strive to win while also pursuing the more important goal of teaching life lessons through sports. The award includes a $200 prize, a certificate, and mention within the websites and newsletters of Positive Coaching Alliance (PCA), a national non-profit developing Better Athletes, Better People through youth and high school sports.

"Curtis helps his athletes win on and off the field,” said Ben Dudley, Executive Director of PCA-Portland, the local Chapter of Positive Coaching Alliance. “By creating a positive, character-building youth sports experience and serving as a Double-Goal Coach, Curtis helps youth develop into better athletes and better people."

Schlunz emphasizes to his eight-to-13-year-old players that baseball requires resilience in the face of the many inevitable failures. He reminds players that the top professionals hit safely in only three of every 10 at-bats, and he makes it a point for players to "pick themselves up” or ask someone else for help.

"It ties to other aspects of life, in that you have to learn to accept that it sometimes takes others to support you,” Schlunz said. “In baseball, every play has a catch and a throw. We have to be teammates. There’s no way around that. Even an ace pitcher that no one can hit is reliant on a catcher to catch that third strike. The players apply some of this in school. When they don’t understand something they’re not afraid to ask, and I notice them reaching out to other kids when they see that a certain person isn’t strong enough to speak up. At the end of the day, I think that makes for a better community."

Schlunz’s approach demonstrates the role sports can play in the development of youth, Dudley said. "Our Chapter’s employees, board and supporters are thrilled that Coach Schlunz is getting national recognition for his work with Clackamas Junior Baseball. Having an award-winning Double-Goal Coach in the community provides an example for other coaches to emulate, so thousands more youth and high school athletes in the Portland area can benefit from a positive, character-building sports experience."