The City of Inglewood has been a long time partner of Positive Coaching Alliance-Los Angeles. All of their sports coaches and Parks and Recreation Staff take Double-Goal Coach Workshops learning how to strive to win and teach life lessons through sports. 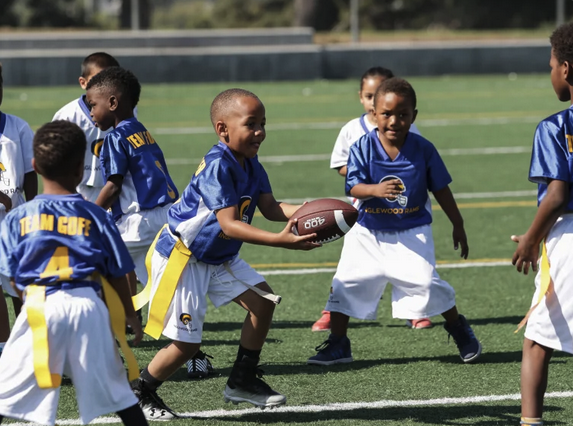 “We are extremely grateful to the LA Rams for supporting PCA programming for the City Of Inglewood and fostering a positive culture” says Alan Berkes, Executive Director, PCA-Los Angeles.

Coaches took PCA’s Positive Motivation Workshop which focuses on filling their players’ emotional tanks. Then over 200 parents participated in PCA’s Second-Goal Parent Workshop where life lessons are emphasized. Players went through Jr. Triple-Impact Competitor stations during a skills camp where they learned to make themselves, their teammates ands the game better.

“The LA Rams are dedicated to impacting our communities with resources, gear, training and opportunities that enhance young peoples lives while uplifting their community” adds Molly Higgins, VP Community Affairs and Engagement.

The smiles on the kids faces says it all. Go Inglewood Rams! 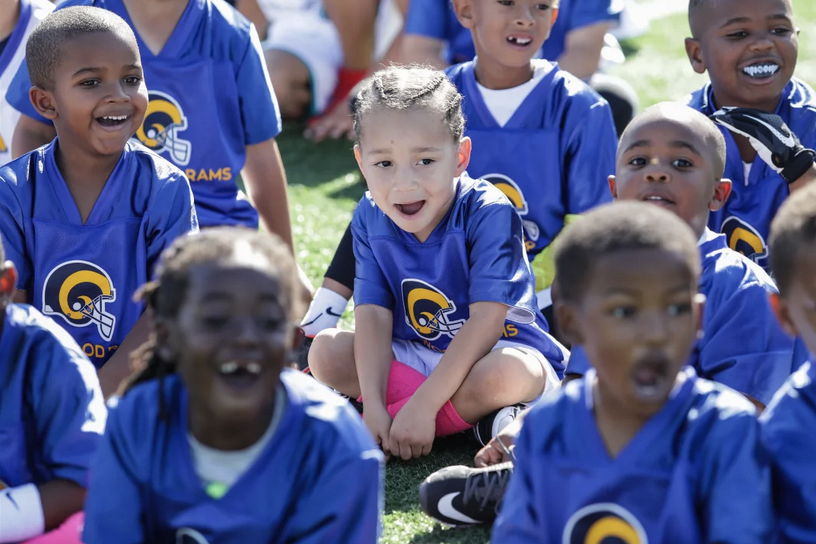