Over 230 people – our largest crowd ever –  gathered at iconic Soldier Field on March 5 to honor Chicagoland coaches, student-athletes and community leaders at the 2020 PCA-Chicago Positive Coach Celebration. 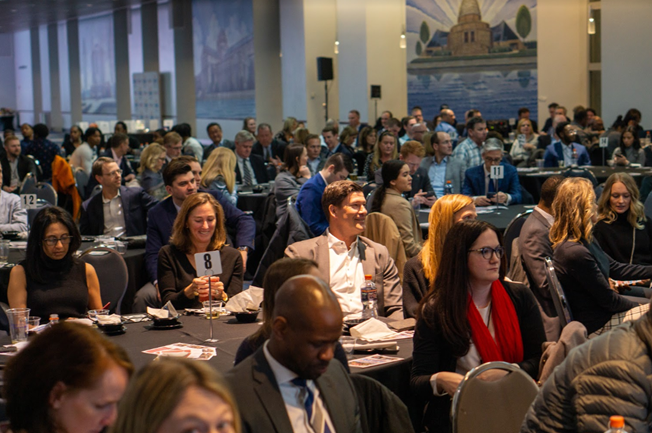 Hosted by the Big Ten Network’s Dave Revsine at the home of the Chicago Bears and Chicago Fire FC, we began the evening by honoring five Double-Goal Coach Award recipients. These coaches exemplify PCA principles in creating a positive youth sports culture, and excel at preparing their student-athletes to win on the scoreboard while also teaching life lessons. 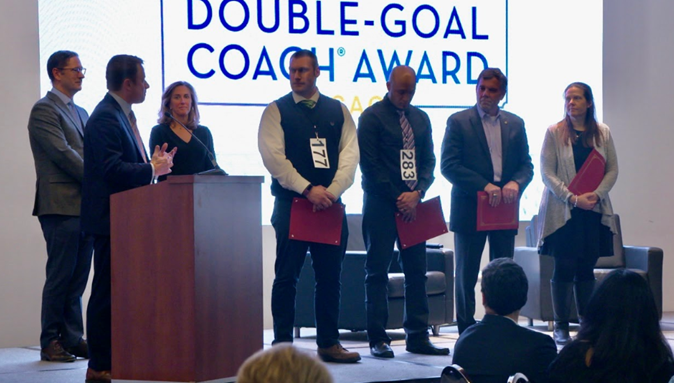 Our coaches also produce Triple-Impact Competitors: student-athletes who make themselves, their teammates and the game better.  Five high school seniors received our Triple-Impact Competitor Scholarship Award for their remarkable on-field and off-field accomplishments that make their families, school and community proud of them. PCA-Chicago recognized: 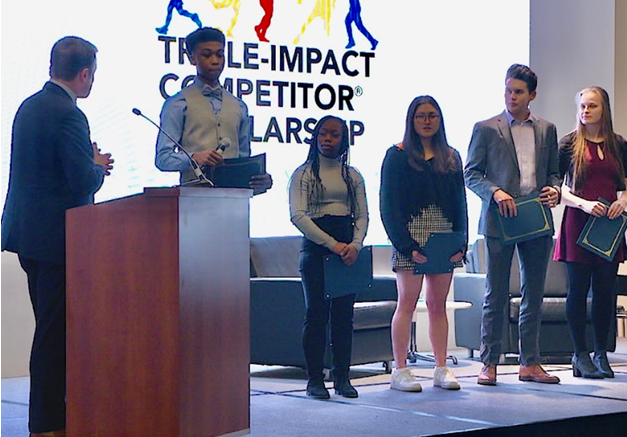 Former US Secretary of Education and CEO of Chicago Public Schools Arne Duncan received PCA-Chicago’s Triple-Impact Executive award to recognize his accomplishments as an educational and community leader, and Kamau Murray, CEO and Founder of XS Tennis & Education Foundation, was honored with PCA-Chicago’s Excellence in Sports Leadership award. Kamau was unable to attend the event because tournament he was attending was delayed due to the Covid-19 virus.

The highlight of the evening was a panel discussion with Arne and Dave that covered Arne’s own youth sports experience playing basketball that took him from Chicago’s Hyde Park to being co-captain of the Harvard men’s basketball team and eventually to playing professionally in Australia. They discussed the state of youth sports today, the importance of positive coaching and how it relates to the work he’s doing today at Chicago CRED to address the city’s gun violence issues. 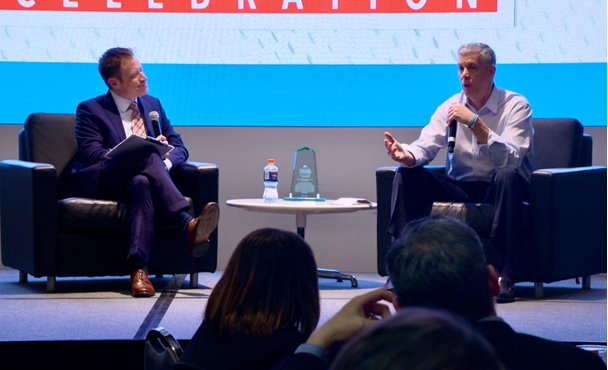 Guests also experienced PCA’s mission through an activity led by PCA Trainers Leigh Podlesny and Troy Pearson that gives coaches perspective on their students’ learning curve, followed by a paddle raise that was generously supported by our guests.