I’m not a football coach, but here is the recipe for football success:

These are the actual rules of the winningest coach in NCAA football history. They are the rules that underpin the 489-38-11 record of John Gagliardi, former head coach of Division III Saint John’s University of Minnesota.

The soft-spoken winner keeps a hard-bound copy of his own book, Everything I Know About Coaching, on his office desk. Every page in the book is blank. Despite this humility, Gagliardi’s coaching wisdom presents some of the most difficult questions I have encountered in my coaching career.

When I speak with other coaches, we often challenge each other to identify why we coach. It’s a tough and worthwhile question. But the legacy of John Gagliardi has prompted me to start myself asking a question that’s more tricky: Why do I coachhow I coach? 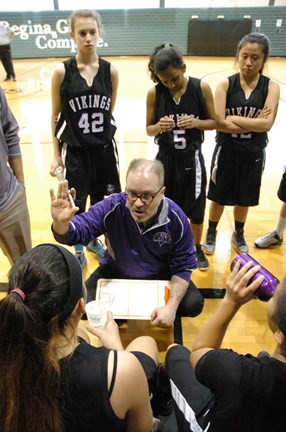 Sure, I care about the students I coach. I think every coach whom I admire truly does. I work hard to adopt and display a servant model of leadership that places the needs and concerns of my players at the forefront of my decision making. I study and teach others the value of nurturing, caring, positive coaching. I honestly believe that my job is the development of the entire student and that winning is one small non-primary goal in the context of that job.

But Gagliardi’s example poses a different, less comfortable challenge: Could I coach in a manner that rejects nearly all of the “coach” archetype embedded in our collective sports psyche? Can I survive if my players (and their parents) don’t see enough of the collective Bryant-Wooden-Knight-Hoosiers image of coaching? Would I still be credible? Would I ever win again? Would I keep a coaching job? When I start to ask these questions, I question whether I have the courage or the craftsmanship to move my habits in this direction.

There is probably no single effective voice or tone for coaching. We each adopt and adapt the model that we find effective to reach our coaching goals. We make choices.

Increasingly, though, I’ve questioned how much I really do choose my coaching voice. Perhaps I simply mimic fragments of the voices of the coaches I’ve seen and worked with. The question emanates from the fact that I’ve rarely seen a coach (particularly in contact sports such as basketball, football, or hockey) with as divergent a model as John Gagliardi – despite the fact I am blessed to see, work with, and talk to literally hundreds of very, very talented coaches every year.

Concurrent with this growing realization, I’ve started to listen to and to hear my coaching tone of voice and that of the coaches around me. I veer so effortlessly from teaching to demanding to correcting – and the tone of my voice becomes increasingly more harsh and self-serving along that continuum. What has struck me is that I often speak with a tone I don’t use or hear anywhere else. I don’t hear myself speak to colleagues, friends, family, or classroom students with the same acidity of tone. Why?

Again, I can only blame the voice of the archetypal coach. I blame my own need to show coaching success primarily through winning and by appearing to be the coach players and parents have learned to expect. And in this, I realize that as my tone degrades, I am becoming increasingly focused on my own needs, worries, and frustrations rather than those of my players. I worry that my approach to doing my job  - my real coaching job of developing whole students - is tainted by hypocrisy.

For me, there are a number of take-aways from this. There is room for a coaching voice and approach that is vastly different from what we’ve come to accept as the norm. It is worth listening to how we talk to student-athletes as coaches and asking whether we would ever use our coaching tone in other circumstances.

Can I coach differently, questioning every habit I have honed over a career?

Can I at least move in that direction? If I ask my athletes to continually grow and improve - even when it’s difficult and glacially slow - can I hold myself to the same standard?

The most affecting facet of John Gagliardi’s example, though, is its unapologetic selflessness. He exhibited a genuine belief that the game and the team truly belong to the players. He coached in a way that gave that team and that experience back to the players in its purest form, unsullied by his own ego or needs. He worked from the premise that their growth and dignity surpassed all other goals - even winning. And in doing so, he won. His record proves the amount of his winning, but tells nothing of its remarkable quality. Joe is a native of Detroit where he competed in youth and high school football, hockey, baseball, basketball, and soccer. He moved to Chicago to attend Loyola University and began coaching young women's basketball in 1989. He has coached young women from 4th grade through college.