With over 200 people in attendance at this year's scholarship breakfast, PCA-Houston awarded 20 student-athletes a college scholarship. Supporting these student-athletes, who were each recognized for exemplifying the Triple-Impact Competitor® spirit (making themselves, their teammates, and the game better), is something PCA-Houston is proud to do on a yearly basis.

Below is a list of the 2017 scholarship recipients (pictured above):

Thank you to Former Houston Texan Wade Smith (Wade Smith Foundation), who partnered with us for the 3rd year in a row on the scholarship program that he has titled “Smitty’s Scholars.” Wade also served on the scholarship selection committee for the past two years. This year, Wade received the Inspiration Award. 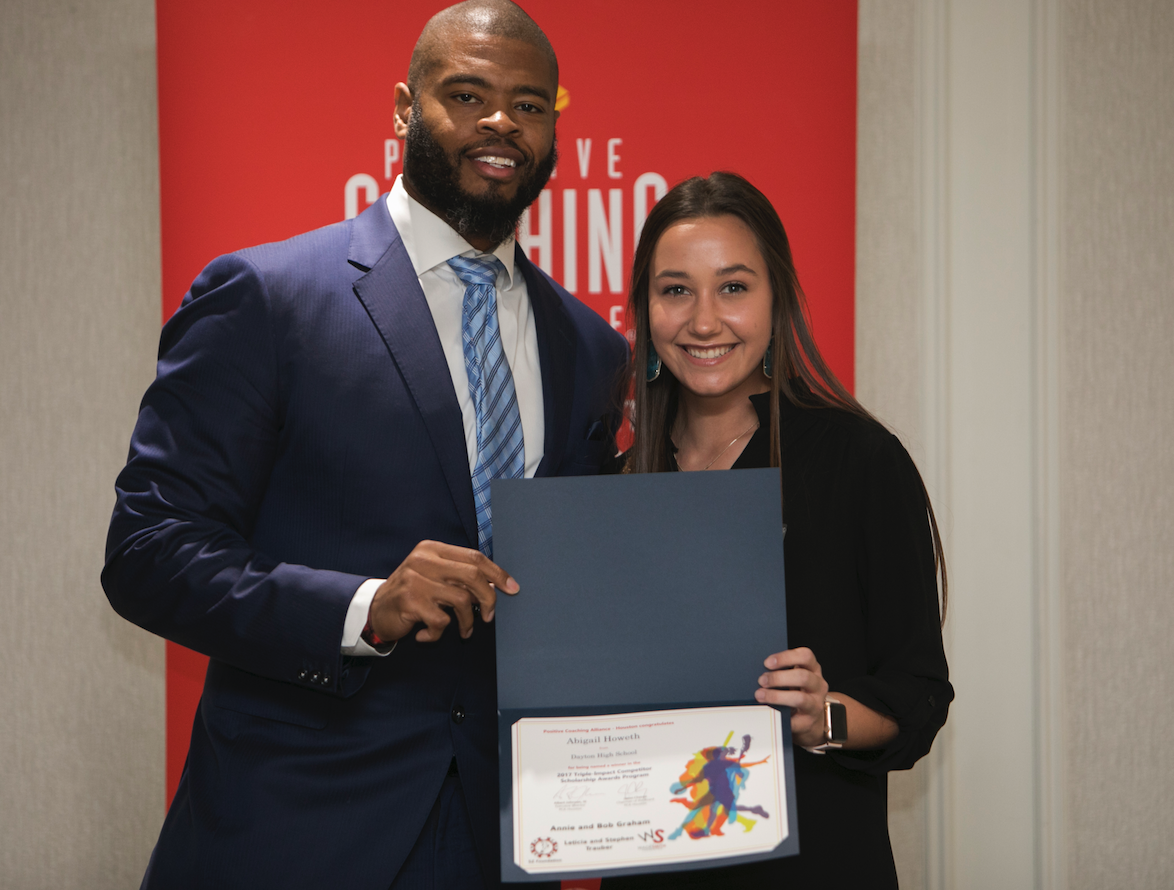 Wade Smith with a scholarship recipient, a 'smitty scholar.'

Other highlights of the event:

Ultimately, the event made an incredible impact on the student-athletes throughout the Houston community. Marilu Garza, the Director of Development who attended the banquet from Chinquapin Preparatory School (who had two student-athletes receiving scholarships), remarked..."I would like to thank PCA-Houston for believing in our girls, Faith and Nicole. There were so excited on Saturday and I was so proud to be there with them. You have given them both so much confidence which is so important as they move on to this next phase of their lives!" Apply For a 2018 Triple-Impact Competitor® Scholarship

Many thanks to our Board, Scholarship Selection Committee, and Melissa Houser for helping organize another outstanding event. Thank you also to the following for their participation at the breakfast -