For those lucky enough to be able to play sports during COVID, handshakes have been replaced by elbow bumps, helmet raises, hat tips and other creative gestures of respect.

It’s important that even during this global pandemic we ask young athletes to respect their opponents, themselves, and the game with a post-game ritual or acknowledgement. Even though it can be hard. Even though muttering “good game” twenty-two times to kids you don’t know can seem kind of meaningless. Even though not all our favorite professional athletes do it every time. We need that post-game ritual. We need that gracious ritual to show respect. Current events show just how important it is. Let’s teach kids that, win or lose, respectful post-game rituals are part of life. Sports are an amazing place to learn to compete, and to learn to win and to lose, with dignity, respect, and grace.

One of the first places kids learn to win and to lose, to go from first to last place, is in the children’s game Chutes and Ladders from Hasbro. Remember how when you were 5 years old and winning a fierce game of Chutes and Ladders . . . until you landed on one of those long chutes that took you back to the beginning, to last place? I know a few kids who, when they were 5, hated losing so much that when they landed on one of those awful chutes, they would flip the game board over, stomp off, and end the game right there. Not much fun for everyone else. The fiery competitive spirit was impressive, and it was a teachable moment. Parents teach their kids to hang in there, to keep competing, and stay in the game with grace because next time the child could skip right over the deadly chutes and rise to the top on one of those lucky ladders. Plus, it’s fun to play the game. We teach kids those lessons when they are 5.

We reinforce those lessons as kids grow older and play sports. Sports require effort, practice, focus, teamwork and more. As kids develop a passion for the game, the stakes seem to go up. The opportunity to teach or reinforce life lessons remains. In the words of Positive Coaching Alliance founder Jim Thompson, “sports provide an endless procession of teachable moments.” We teach kids to stay in the game when they strike out, let up a goal, or miss the net. We teach kids to brush it off, bounce back, move on to the next play, and when the game is over, we teach them to shake hands. That handshake, or whatever socially distant ritual we choose, is a gesture of respect and it signifies that the game is over. When the field of competition involves school, work, or life, the lessons learned on the field of play translate. We show that we respect and appreciate the game and one another when, win or lose, we move on with a gracious handshake. 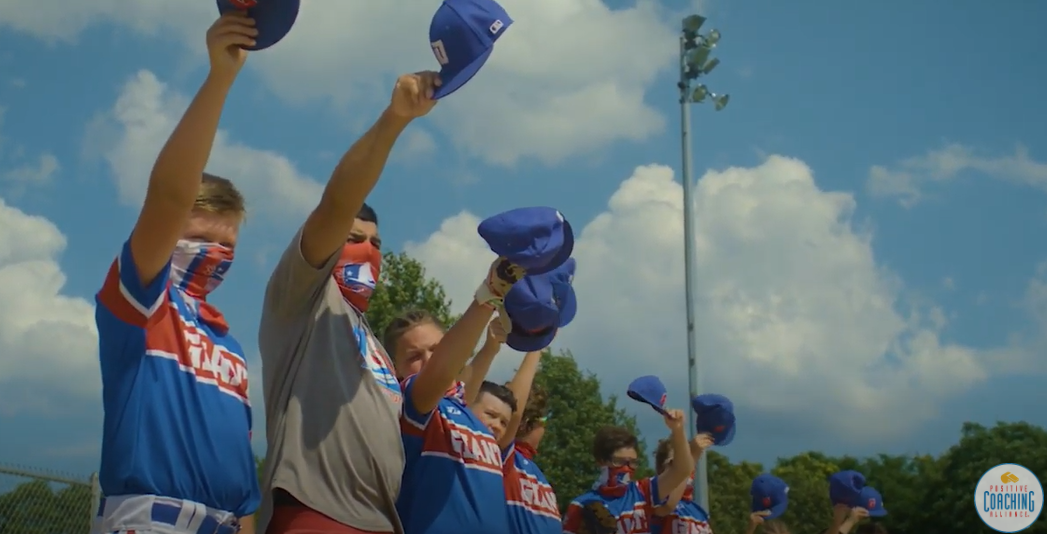 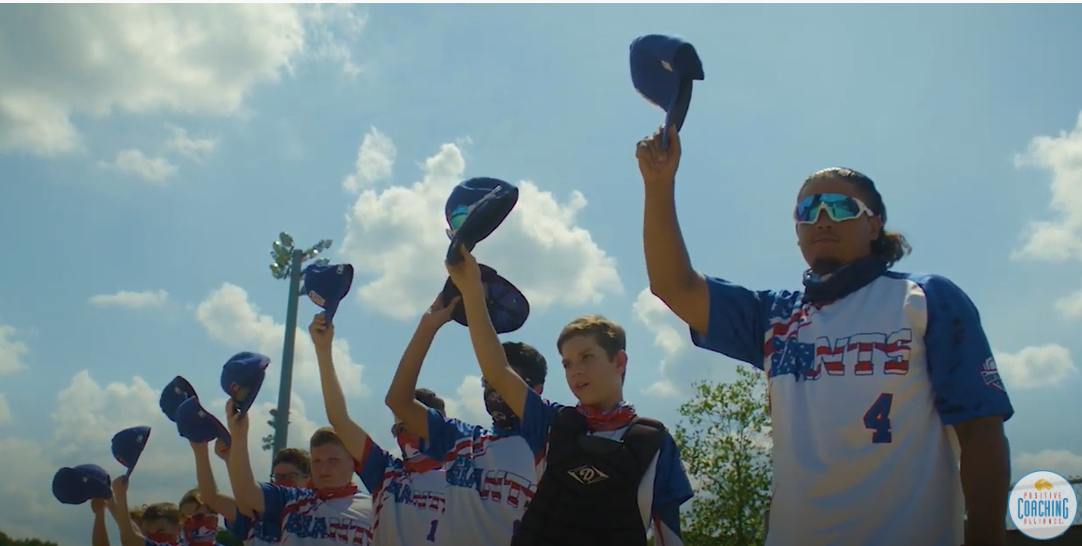 1. It’s how we show respect for the game. We play games to win, but unless you play a sport where games end in a tie, someone wins and someone loses. Win or lose with dignity. That’s a life lesson. There is always another game, another opportunity, another chance—it may be on a different field or in a different forum. The post-game ritual is a chance to look your opponent in the eye, congratulate them, and fuel your own fire to persist and get back in the game, next 2 time. Plus, ending a game with a post-game ritual shows gratitude and respect for everyone who makes playing the game possible. The cherished NHL tradition of post-game handshakes dates back over 100 years.

2. It’s how we show respect for our opponents. Without an opponent there is no game, the postgame ritual is how we embrace that fact. The ritual is about acknowledging our opponents’ effort and willingness to compete. Opponents at every level—youth, high school, college, and professional—may find themselves teammates another day. Examples of players across the most intense rivalries, shaking hands after the game, abound. One powerful example comes from Naomi Osaka who, after scoring a decisive 6-3, 6-0 win over 15-year old Coco Gauff at the US Open in the fall of 2019, offered her a handshake and so much more. Naomi gave Coco a big hug, a shout out to her parents, and heaped on the praise saying “Coco, you are amazing” and fans cheered.

3. It’s how we show respect for the rules. Without rules there is no game, just anarchy. Even when we think an opponent played dirty, trash talked, or cheated, we have to respect the rules of the game. That’s a teachable moment. Another teachable moment happens when a player refuses to shake hands or doesn’t join the post-game ritual. LeBron James and Jimmy Butler competed hard and exchanged words during game 3 of the 2020 playoff series, Jimmy Butler outscored LeBron and the Heat beat the Lakers. LeBron walked off the court before the game ended, and, even though there is no handshake rule in the NBA, LeBron came in for criticism.

4. It’s how we show respect for the officials. Officials become officials for the love of the game, and they are part of the game, whether they call balls, strikes, fouls, touchdowns or anything else. Officials are human. Officials make mistakes. Disagreeing with a call does not justify abandoning the rituals of the game. When NFL officials missed a blatant pass interference call in a Rams/Saints playoff game in 2019, the Saints lost their chance to play in the Super Bowl. The coaches still shook hands with one another after the game. Players greeted friends on the opposing team. The remedy for a bad call is not to disrespect the officials. In this case, the NFL itself found a remedy and changed the rules around reviewing pass interference.

5. It’s how we show respect for our teammates. When we compete as part of a team, we compete together, and we win or lose together. If a team values integrity, effort, and playing the right way, joining the post-game ritual with dignity is the right thing to do, and it shows respect for teammates. Some of the best post-game speeches you will hear are from players like the NE Patriots’ Captain and perennial All Pro Matthew Slater, who praises his teammates’ effort, grace, and dignity, win or lose.

6. It’s how we show respect for ourselves. When we compete, especially when we compete fiercely, it can be really hard to lose. But that’s the nature of the game, someone wins and someone loses. It’s a powerful life lesson to take pride in the effort, in how well you played, in competing fiercely, even in a loss. When you hold your head high, shake hands or elbow bump, and genuinely praise your opponent, you will often receive genuine appreciation back from your opponent. Even if you don’t, you can hold your head high because you played the right way and did the right thing.

7. When the game is over, it’s over. After the game, opponents are back to being someone who loves the game as much as you do. They may be friends, brothers, sisters, past or future teammates, or someone you may meet later in life. To paraphrase Harvard Basketball Coach Kathy Delaney-Smith who has coached for 49 years, 38 of them at Harvard, if we can come together after a fiercely fought game, we can change the world. 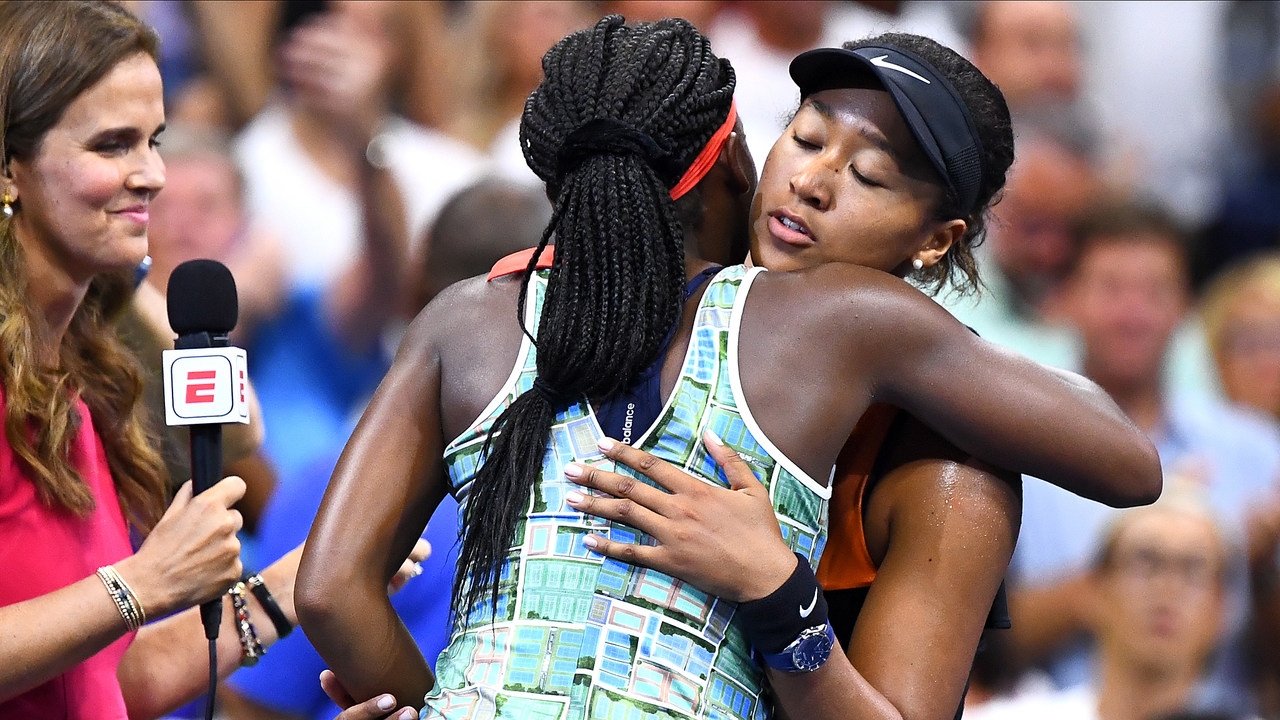 Let’s keep teaching our kids the value of the post-game ritual. From Chutes and Ladders to the NHL playoffs to the US Open and elections for the highest offices in this country, rituals of respect matter.