These three coaches represent the very best of coaches who invest in their athletes by filling their emotional tanks, setting positive examples as teammates, and not adhering to a “win at all costs” mentality.  Instead, these coaches use the youth sports platform as an opportunity to teach and instill valuable life lessons that help develop BETTER ATHLETES, BETTER PEOPLE!

THANK YOU to Fox Sports North and the Minnesota Twins, these Double-Goal Coach winners will be honored at the April 30th Twins game at Target Field.  They will be recognized “on the field” prior to game time, and enjoy the game from the FSN suite!

To learn more about these award-winning coaches, read below: 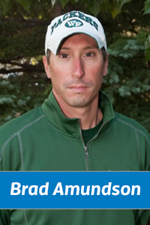 Coach Amundson has been the head boy’s and girl’s cross-country coach for West Fargo High School for three years. Prior to that, he was the assistant coach for six years.  Additionally, Amundson served as the assistant distance/mid-distance track and field coach for nine years. Including head coaching, assistant coaching, volunteering, and as a former runner, Amundson has been around Packer running for more than 20 years.  Amundson is also employed as a science instructor at West Fargo High School. Regarding his coaching philosophy, for Coach Amundson it is never about the rankings – it’s always about the individual and their goals. As much as he supports student-athletes in their personal goals, they want to do it for him. His approach includes looking at the ‘whole’ person and gives priority to their health and well-being, academics, family and relationships with their peers/team. 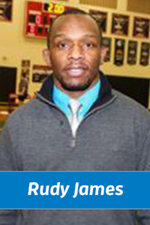 Shortly after Rudy James relocated to Minnesota in 2000, he joined the Apple Valley wrestling program, already a national powerhouse program. Originally slated to work with the youth program, before the year was out, James took over the high school freestyle program as the Associate Head Wrestling Coach. What Coach James brings to wrestling is enthusiasm, knowledge, passion, commitment, and player respect. He is able to engage and gain the attention and trust of each young participant ranging in age from four years old to young adult. Kids respond to well him and therefore have success in the sport. Success doesn’t mean they always win. But it does mean that they are coming back to practice eager to work hard to perform to the best of their ability and surpass their goals. 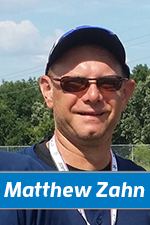 A former elite baseball player himself, Coach Matthew Zahn now channels his love for the game into coaching and running the in-house baseball league for Eastview Athletic Association. As a coach, Zahn is able to plug into each player and bring forth the very best in each of them, both in terms of building team camaraderie and individual skills growth.  Coach Zahn’s primary method of reaching his players is emotionally based and tailored to each player, but the approach is always through skill development, which means no one feels challenged or vulnerable. This gives players an effective avenue for personal growth during the season. He is able to relate each kid by figuring out their strengths and weaknesses and he builds on this assessment. As a highly skilled player himself, he is capable of making dramatic improvements in players’ skill sets and overall knowledge of the game. He is a passionate, caring, empathetic and enthusiastic coach no matter if his teams are winning or losing games.

Deb began tenure with PCA–Minnesota in March 2013 as a 4 hour a week volunteer. It wasn’t long before she was spending 4 days a week in the office doing anything from mailings to writing partner newsletters to helping select scholarship recipients. Deb relocated to Dallas, TX in the summer of 2015 but still volunteers time to the Minnesota chapter of PCA as well the North Texas chapter of PCA.