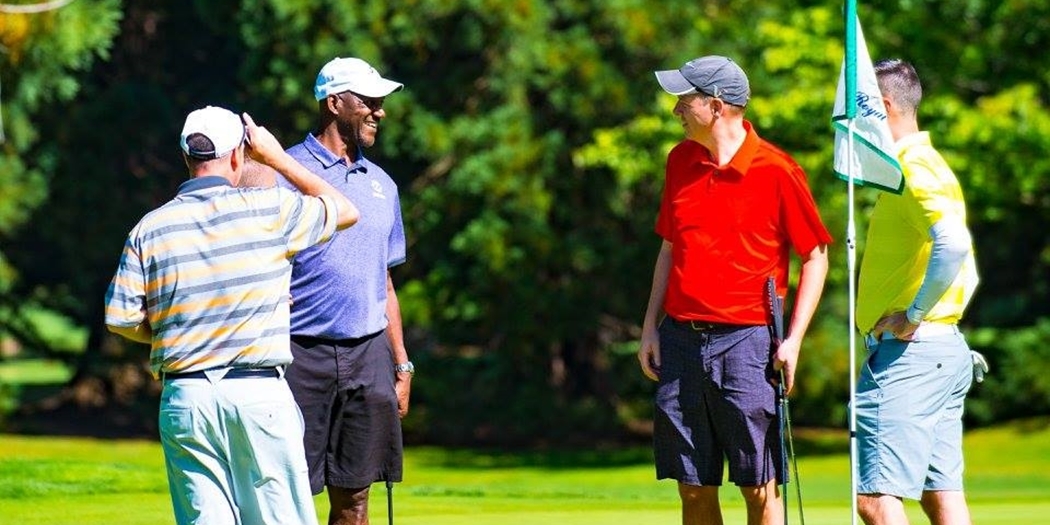 As PCA-Portland moves into its second year, the inaugural charity golf tournament aimed to strengthen partnerships and grow Chapter support. More than 90 golfers enjoyed a superior course followed by a casual reception, dinner, and awards ceremony that provided opportunities to meet professional and amateur coaches and athletes and learn about PCA’s mission from Portland Chapter staff, board members and partners.

The “Coach-Am” format linked foursomes with a noted coach or athlete. Moving tee boxes based on the previous hole’s score added difficulty, but Trail Blazers In-Studio Analyst and Former NBA Player Michael Holton says his group took that in stride, following PCA’s advice to maintain a positive mindset. “We had one guy to hit the ball long so we managed to be under par and have a good time.”

Portland Pilots Head Baseball Coach Geoff Loomis was amazed at the pace of play, leaving him time after the round to reflect on how PCA’s message resonates with him:

I think the right path to get enjoyment is just playing and having the opportunity to compete and learn all the things that come with sports rather than putting so much emphasis on the winning side of things. The best benefit I’ve had is just having my kids play in the sport that they love, and it keeps that passion going.

In addition to chipping and putting contests, Royal Oaks Golf Club Head Pro Scott Leritz aided fundraising efforts by challenging players to “Beat the Pro” at the 5th Hole. Meanwhile, the 12th hole -- “The Pond” -- hosted a “Hole in One” challenge. Although no one drove away in the red Mercedes CLS 250 offered by Mercedez-Benz of Portland, the signature hole was a popular spot to deliberate over club selection, enjoy complimentary KIND® bars or sample local craft brewery Hopworks’ newest IPA.

Mark asked me if PCA would be something I’m interested in -- and I am. Plus, a bad day of golf beats most any day in the office.

PCA-Portland Partnership Manager Jack Hendrickson said generous sponsors and the all-inclusive event made the day special. “This represents a culmination of PCA-Portland’s successful first year and is a great way to head into the coming year.”

Other featured professional and amateur coaches and athletes: