Join us to be a part of something special

Not your average Zoom call

And celebrate our honorees’ Positive Impact on the world,
With their teammates, former players, colleagues + special guests

Did we mention the breakout rooms? With our honorees and special guests?

Wear your favorite jersey, and, yes there will be a prize for the “best” jersey

THE JERSEY SERIES is not just fun, it’s an opportunity to support Positive Coaching Alliance and help make a positive impact on kids in sports through your sponsorship, ticket purchases, and donations. We plan to have a small number of auction items—jerseys signed by our honorees and some of New England’s respected athletes, plus a few surprises!

THIS FALL AND WINTER

How your support will help?

Your support makes it possible for PCA-NE to deliver fresh, compelling, and thought-provoking workshops and resources to kids and their coaches, parents, and sports leaders in underserved communities throughout New England.

Working together we can make sports a place where young athletes can learn, grow, and develop the character and leadership they need to succeed and be happy in the world. 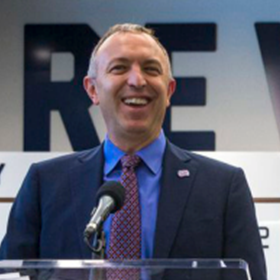 Brian Bilello is committed to the power of the beautiful game to make the world better. At the New England Revolution. At the New England Revolution, Brian has crafted a vision and a strategy for success on the field bringing in the USMNT’s winningest coach, Bruce Arena, to engineer a spectacular turnaround in 2019 and developing the team’s new state-of-the-art Training Center. Brian’s focus is on the team’s impact on and off the field supporting community partners and highlighting the value of inclusion in sport, childhood cancer and concussion awareness, and military/first responder service. Working tirelessly for the good of the game and our community, Brian serves on multiple MLS committees and successfully championed Boston as an official FIFA 2026 Candidate Host City. From MIT, to Bain, to his 17th season with the Revs, Brian sets a powerful example. Matthew Slater is a model leader on and off the field. Matthew inspires his New England Patriots teammates and the community through his commitment to his team, his family, and his faith. As co-captain of the Patriots alongside superstars Devin McCourty, Tom Brady, and more, Matthew’s emotional leadership is unrivaled. His speeches to the team before, during and after a game are powerful and set the team’s positive mental approach. Like his father, Matthew was recognized as the Bart Starr Award winner for his character and leadership, and is a Finalist for the 2019-20 Art Rooney Sportsmanship Award. In his 13 seasons with the Patriots, Matthew has been and continues to be a powerful role model for athletes of all ages. Kathy Delaney-Smith is an inspirational coach, leader, and advocate for gender equity. An extraordinarily successful high school coach with a 204-31record, Kathy has helmed Harvard’s Women’s Basketball program for 38 seasons, developing championship teams and women who care, compete, and achieve. Her alumni make an impact as CEOs, Massachusetts’ Attorney General, and the Boston Celtics’ Director of Player Development, and more. Kathy has won a bevy of awards including the Gilda Radner Award for demonstrating hope and determination in facing cancer and the WBCA’s Carol Eckman Award for her exceptional sportsmanship, commitment to student-athletes, honesty, ethics, courage, and dedication to purpose.