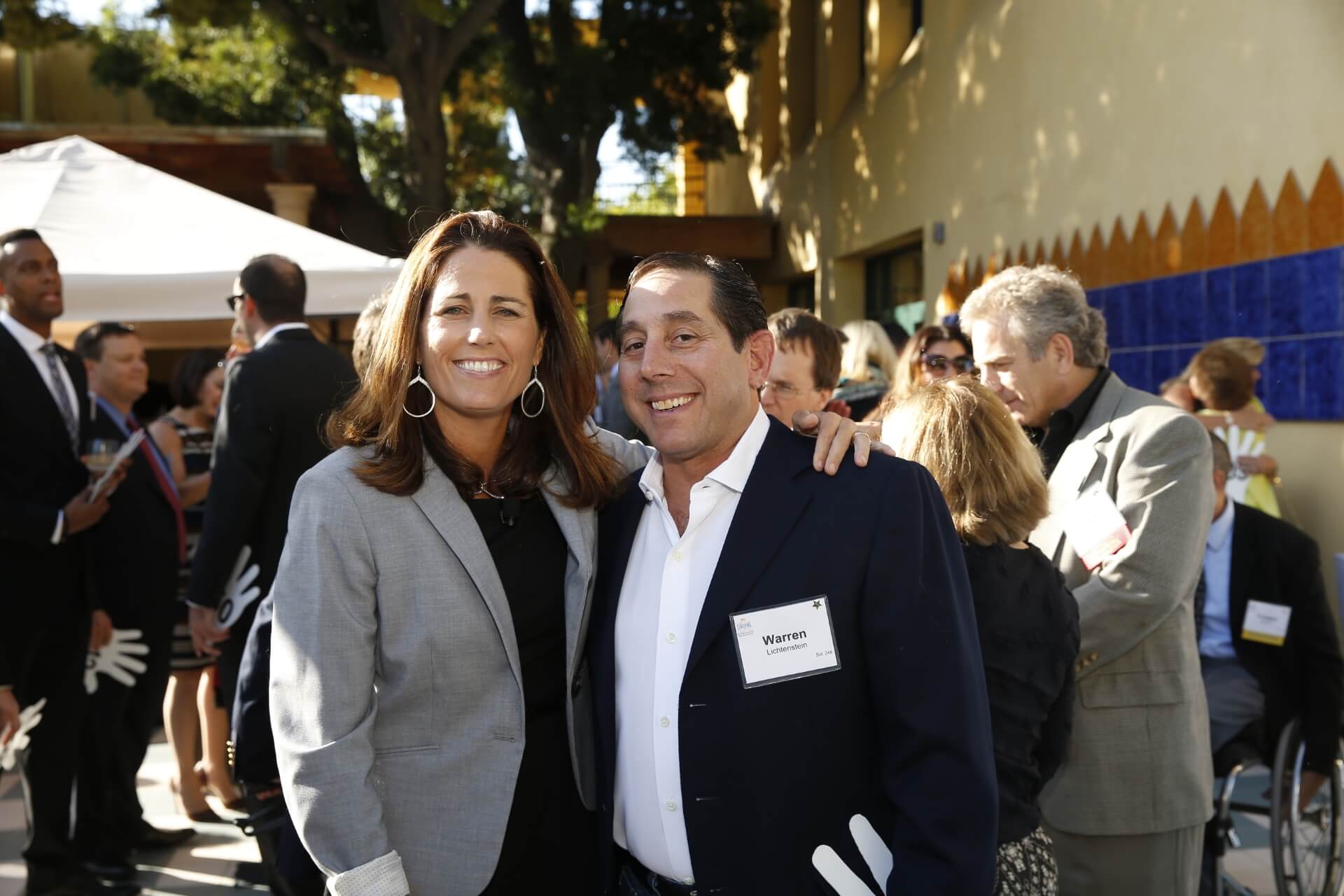 Warren Lichtenstein is Chairman and CEO of Steel Partners.  When his son started playing sports, he realized there was a huge opportunity to make a difference in youth sports and he founded Steel Sports and added it to the Steel Partners portfolio of companies.  He provided the initial Seed Funding for both the PCA-Los Angeles Chapter (which launched in June 2015) and the PCA-New York City Chapter (which launched January 2016).  Jim Thompson interviewed Warren for Impact on March 21, 2016.

Jim Thompson: What was your sports experience like as a young person?

Warren Lichtenstein: Apart from Little League I didn’t play organized sports. There was a dirt lot next to a church that I went to every day after school where we played pickup ball. We made our own calls (no adults around) and had fun.

JT: Sounds like my experience growing up in North Dakota, what I now call the “golden age of sandlot ball.” It may not have been as golden as I remember it, but it was a lot of fun. I assume your son Stefan’s sports experience has been quite different?

WL: Yes, he never picked up a ball on his own until I enrolled him in Little League. One of the dads coaching had played football and baseball at USC and he created a positive environment for the boys. I saw Stefan gaining self-confidence from it both athletically and socially. He also played AYSO soccer, which was very organized—AYSO has its act together. He also has played flag football, tennis and he skies. He played youth basketball and the first year he had a coach that was a yeller, but other than that he’s had good experiences.

JT: Did you follow professional sports as a kid?

WL: I didn’t really. If I did I would want to know every stat about every player so I focused on other things that interested me. I could tell you, however, which companies we bought and sold and for how much!

JT: You’ve been very successful in business with Steel Partners, but Steel Sports which you founded seems more like a mission than a business.

WL: It is. My goal with Steel Sports is consistent with your goal with PCA—to create a complete cultural shift in how sports is taught to kids, how parents connect with their kids over sports, getting rid of negative coaching in favor of positive coaching, and having coaches coach the way they would want to be coached.

Kids get more from positive reinforcement.

I definitely want Steel Sports to make money but I don’t expect it to earn the same return on sales or return on invested capital as my other companies. You can’t leverage a baseball field 12:1 like you can an office building. You also are often competing with mom-and-pop operations that likely aren’t even profitable. Our organization recognizes the value that sports and fitness has in providing meaningful and life-changing experiences for our nation's youth and that’s more important than financial returns.

I’ve loved everything you do in PCA and have stolen from you—5 compliments for every criticism, flushing errors—even your former Chief Revenue Office, David Shapiro, who is now our CEO!

JT: I guess that’s why you call it “Steal” Sports.

WL: Hah! I guess we will from now on! Seriously, you and PCA have ingrained in David all the disciplines needed to be a great leader.

JT: You have been an important supporter of PCA. You provided initial Seed Funding for both our Los Angeles Chapter and our New York City Chapter. What made you decide to invest serious money in PCA?

WL: What you’ve done with PCA is amazing. When I was starting Steel Sports I called hundreds of people in the industry. I’m a digger. I want to meet everyone and know everything about what I am about to do. I kept coming back to PCA.

Your books and the philosophies behind them—it’s taken years to put that together at such a high-level, superior quality of thinking. I was shocked to find that you didn’t have a Chapter in LA or New York City. I wanted to help you do that.

JT: I think we intentionally delayed moving into LA and New York City because they are so big and we wanted to make sure we had our model down before we tackled them. When you made the offer of Seed Funding it was, “Okay, now it’s time to do Los Angeles, ready or not!”

WL: I think you were probably ready to expand to LA and New York City before you realized it. My son has a poster on his bedroom wall that says, “Potential is interesting but execution is everything.” You are executing a program that I hope will infiltrate every major youth sports organization. My hope for PCA is that it becomes part of every coach training program—if you don’t have a PCA certification card, you aren’t allowed to coach.

It will take a while to change the culture of sports. I think the story of Exodus in the Bible is an interesting example. My view is that God made the Israelites leaving Egypt wander in the desert for 40 years to get through three generations. The first generation was tainted from its time in Egypt and by the time the third generation came around, good habits had replaced bad habits and then they reached the Promised Land. As new generations learn the good habits of how to coach using positive reinforcement, youth sports will improve.

JT: I know you are close to Tommy Lasorda. How has that relationship impacted you?

WL: When I moved to LA I actually didn’t know who Tommy was. We were at a dinner together and we just connected. He then came to one of Stefan’s games and I saw how people mobbed him. I didn’t realize he is like a god in Los Angeles.

During the game, one kid never touched the ball when he swung the bat. Tommy stopped the game and went up to the plate and showed the kid something and said something to him. The next pitch he hit the ball! He only talked to the kid for about 75 seconds. I was amazed. If we can apply the way Tommy interacted with that kid, we can change the world.

JT: Has your exposure to Tommy and PCA changed the way you do business?

We have 15,000 employees and I make it possible for every one of them to attend a PCA workshop. I love your book, Developing Better Athletes, Better People, and I give it out to every leader in my company. I think of it as a mini-version of Jim Collins’ book, Good to Great, applied to sports.

JT: Warren, it has been great talking with you. I am so grateful to you for your support of the Positive Coaching Alliance movement.

WL: I think Steel Sports and PCA are riding a wave together. We will grow together and we are on the verge of really changing everything. I will be supporting both organizations for a long time.