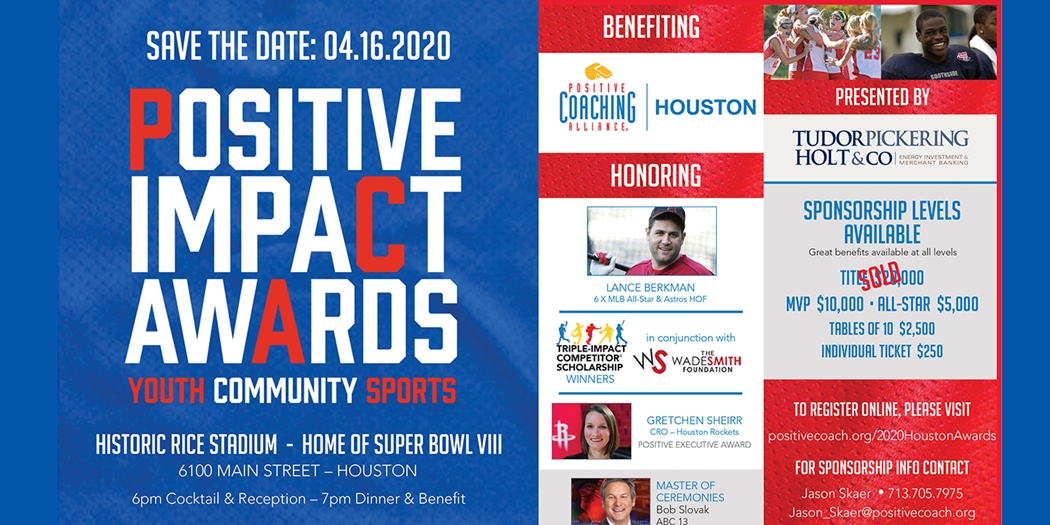 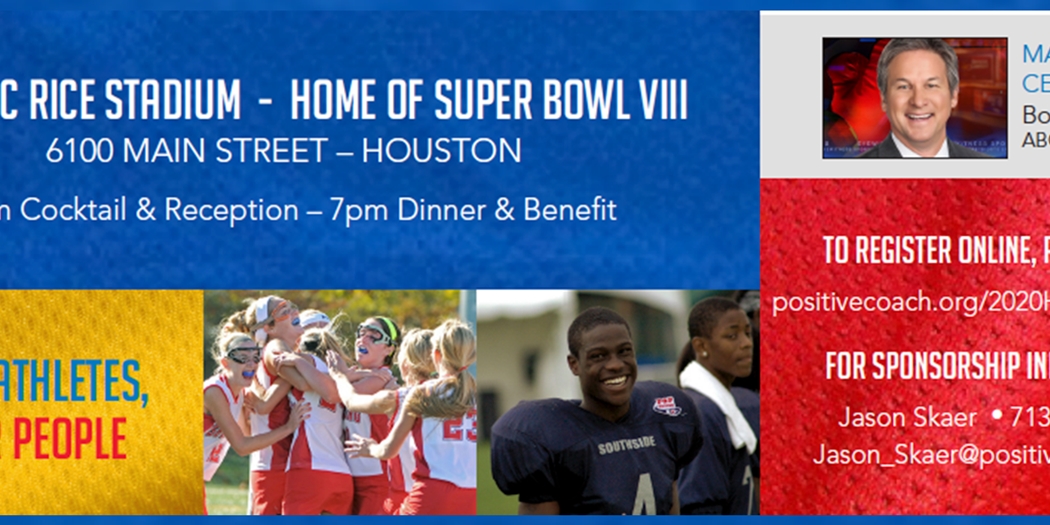 The 2020 Positive Impact Awards, originally scheduled for April 16th, have been postponed for the foreseeable future.  Our goal is to hold this event before the end of our fiscal year (August 31), but obviously many of the factors are currently out of our control.  We will keep you posted as the situation develops.  Thank you!

Join us for a night with Lance Berkman as we honor leading athletes and coaches from the Houston area.

How Your Support Will Help

Your support makes it possible for PCA-Houston to deliver fresh, compelling, and thought-provoking workshops and resources to kids and their coaches, parents, and sports leaders in communities throughout Greater Houston. Working together we can make sports a place where young athletes can learn, grow, and develop the character and leadership they need to succeed in athletics and life.

Over the years, the number of youth engaged in our programs in the Houston area has multiplied tenfold; from 5,000 in 2008 to more than 65,000 children annually. PCA-Houston partners with almost 300 schools and youth sports organizations. Through our Triple-Impact Competitor® Scholarship program, we have awarded approximately $236,000 in scholarships to Houston-area students in the past several years.

This year, we will honor the following student-athletes as winners of our scholarship in conjunction with Wade Smith and The Wade Smith Foundation:

Thank you to Wade Smith and his foundation for the continued support of exemplary student-athletes in the Houston area.

This year's honorees, in conversation with... 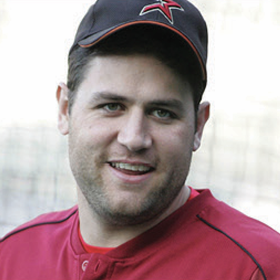 Lance Berkman played 15 seasons as a Major League Baseball Player with the Astros, Yankees, Cardinals and Rangers. He was selected to play in 6 MLB All-Star Games and played in two World Series with the Astros in 2005, and the Cardinals in 2011.